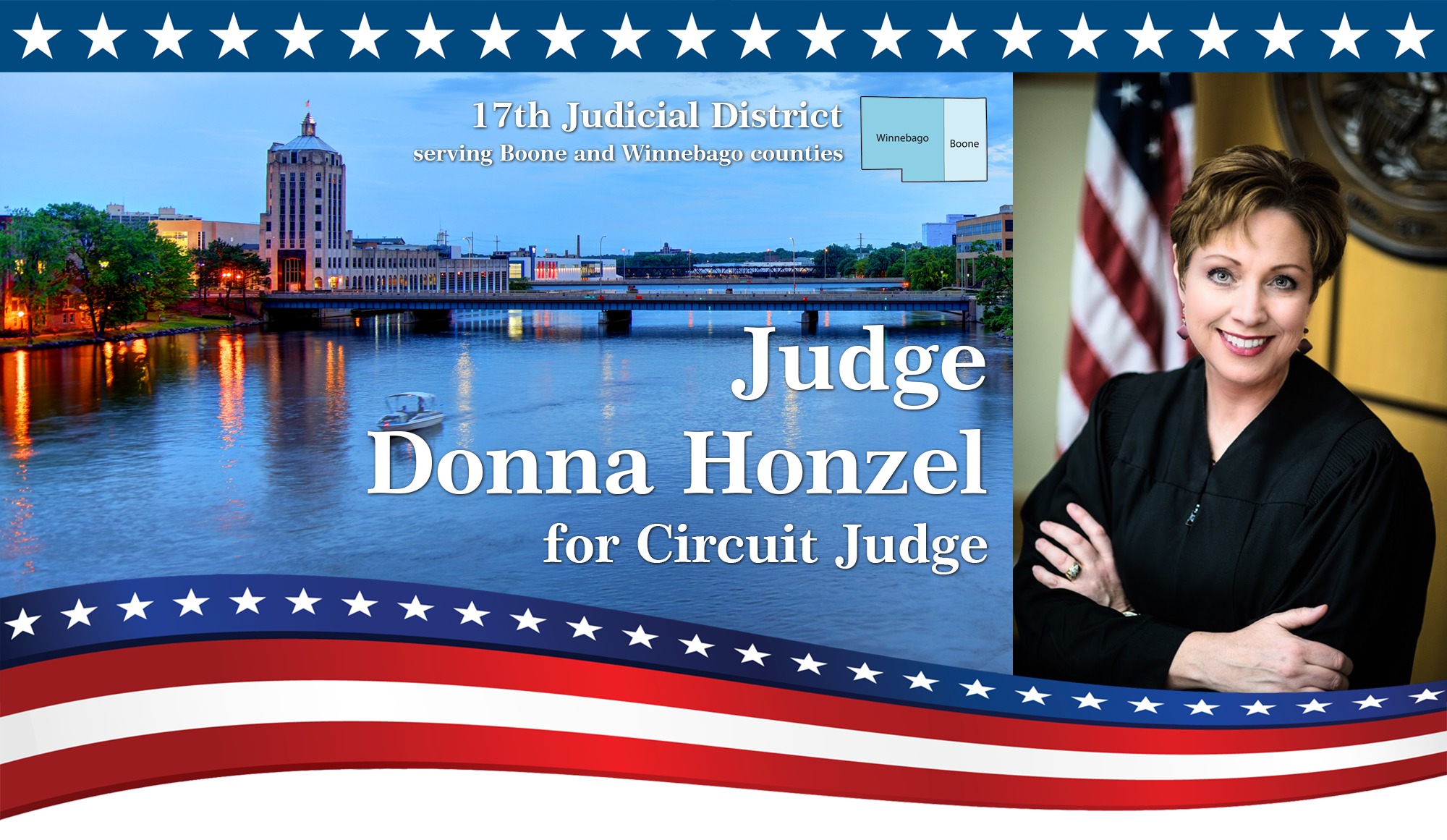 High integrity and character
with extensive knowledge and experience

Get to know Judge Honzel

1991 –  Graduated from the University of Illinois College of Law and began working for the Winnebago County State’s Attorney’s Office where she handled every type of criminal case.

2010 – The firm became Mateer Goff & Honzel, LLP and Judge Honzel was the firm’s managing partner until her appointment to the Bench as an Associate Judge in 2015.

As an Associate Judge, she has presided over traffic court and currently presides over all matters, including many jury trials, in the DUI/reckless homicide courtroom. This courtroom has the highest volume of cases involving both misdemeanors and felonies in the 17th Judicial Circuit. In 2017 she led the circuit in the number of jury trials she presided over. She also volunteers her time as a judicial representative on the Multidisciplinary Approach to Sex Trafficking Task Force.

In 26 years of practicing law, Judge Honzel served clients throughout the northern Illinois region in both state and Federal court. She successfully handled more than 40 jury trials throughout those counties, particularly in Winnebago and Boone. In the first four years she served the people of Illinois prosecuting all levels of offenses beginning in the misdemeanor division prosecuting cases such as traffic, mental health matters, health code violations, DUI, domestic violence and all aspects of general misdemeanor matters. In the next 20 years she worked as a prosecutor in abuse and neglect court and juvenile delinquency. She was then promoted to felony division, handling all forms of felony offenses including drug offense, serious domestic violence matters, attempted murder, and murder.

A commitment to volunteer work

Judge Honzel served as an Arbitrator for the 17th Judicial Circuit and also became a Certified Mediator, volunteering for the 17th Judicial Circuit Court Lawyer to Lawyer Mentoring Program in small claims court to help litigants without attorneys resolve their cases with limited litigation. She volunteered as a mentor in the Peer Mentoring Program for new attorneys in Winnebago County and continues to volunteer as a judicial representative on the Multidisciplinary Approach to Sex Trafficking Task Force.

Judge Honzel is married to Mark Honzel, who served 21 years on the Rockford City Police Department, the majority of his service as a K9 Handler. He is nearly finished with his Masters in Clinical Mental Health Counseling with an emphasis on aiding first responders, police, fire, and military personnel. He is currently interning at Rosecrance in the Florian Program as part of completing his degree.

Judge Honzel and her husband have two daughters, one in college majoring in biotechnology and biochemistry as a pre-med degree. The other is in high school and is interested in pursuing a degree in childhood cognitive, communication, and behavior neuroscience.

The Honzel family likes to travel, participate in and attend sporting events, go fishing, and enjoy scuba diving together. They are active members of St. Mark Lutheran Church and volunteer their time in a variety of church activities.

To make a contribution to the Judge Donna Honzel campaign make checks payable to Citizens for Donna Honzel and mail to:

Judge Honzel is grateful to everyone who helped gather signatures to get her campaign going! Now we need volunteers to keep the ball rolling. There’s a lot of work to be done, and it’s fun, too – from telling people about Judge Honzel, distributing campaign signs, and helping at events. Please fill out the form below and we will get right back to you!