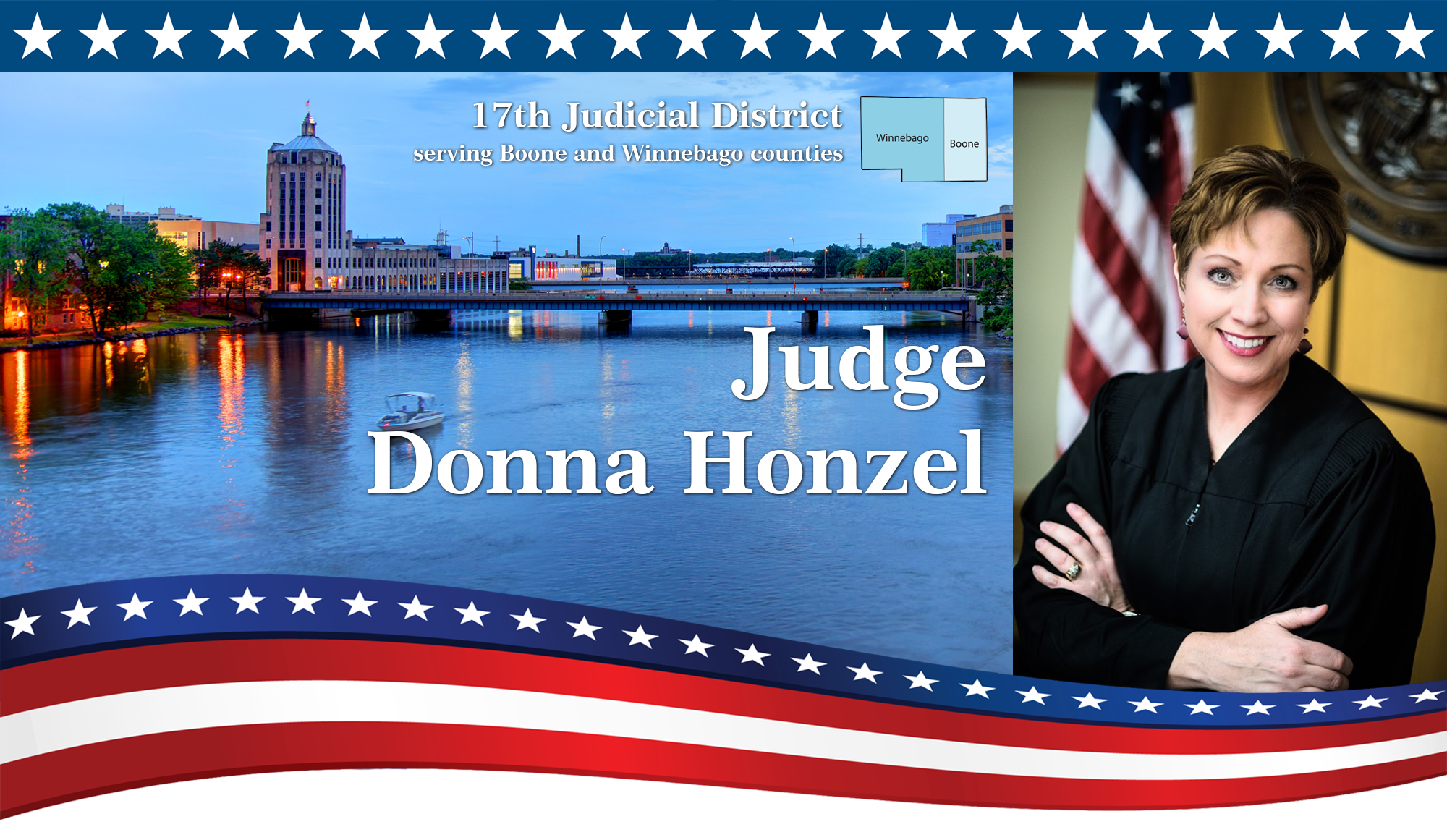 High integrity and character
with extensive knowledge and experience

As an Associate Judge, she has presided over traffic court and currently presides over all matters, including many jury trials, in the DUI/reckless homicide courtroom. This courtroom has the highest volume of cases involving both misdemeanors and felonies in the 17th Judicial Circuit. In 2017 she led the circuit in the number of jury trials she presided over. She also volunteers her time as a judicial representative on the Multidisciplinary Approach to Sex Trafficking Task Force.

Judge Honzel practiced law for 24 years. In the first four years she was an Assistant State’s Attorney for Winnebago County, serving the people of Illinois. She started in the misdemeanor unit. She prosecuted cases including traffic, property offenses, theft, DUI, domestic violence, assault, battery, mental health cases, and health code violations as well as all other types of misdemeanors. She was transferred to the juvenile division where she handled abuse and neglect as well as delinquency cases. She was then promoted to the felony division, handling all forms of felony offenses including drug offenses, serious domestic violence cases, sexual assault, attempted murder, and murder. She also was part of the team which reviewed child fatalities. In the next 20 years she was in private practice handling high volume complex civil litigation cases in both state and Federal court. Her practice covered 19 counties of the Northern Illinois area from Lake to Jo Daviess and south as far as Peoria.

For Judge Honzel’s career in private practice, she earned an AV rating from Martindale-Hubbell*, the highest rating granted to attorneys. This rating was granted to Judge Honzel as a reflection of her high ethical standards and exceptional legal knowledge, analytical capabilities, judgement, communication skills, and experience.

A commitment to volunteer work

Judge Honzel served as an Arbitrator for the 17th Judicial Circuit and also became a Certified Mediator, volunteering in small claims court to help litigants without attorneys resolve their cases with limited litigation. She volunteered as a mentor for the 17th Judicial Circuit Court Lawyer to Lawyer Mentoring Program in the Peer Mentoring Program for new attorneys in Winnebago County and continues to volunteer as a judicial representative on the Multidisciplinary Approach to Sex Trafficking Task Force.